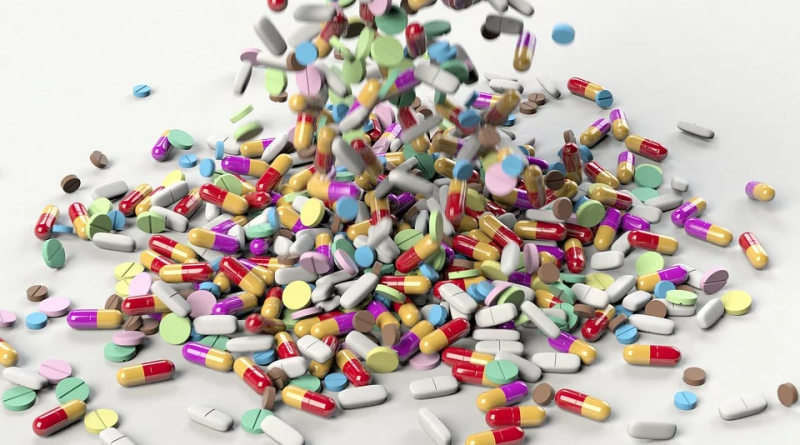 Increasing aging population is expected to increase the prevalence of age-related eye diseases such as age-related macular degeneration (AMD) and diabetic eye disease, thus contributing to the growth of the ophthalmology drugs market. The elderly population is increasing rapidly across the world, and it is expected to continue over the forecast period. By 2030, the population aged 65 years and above is expected to reach approximately 70 million in the USA. By 2050, the percentage of senior citizens in Japan is expected to grow to 40%. Loss of vision among the elderly is a major healthcare problem and approximately one in three faces some form of vision-reducing eye disease by the age of 65. There are several eye problems that become common as people age, including AMD, diabetic retinopathy, dry eye, cataract, and glaucoma, to name a few. Studies show that one in four Europeans over the age of 60 is affected by AMD and by 2050, more than 25 million people in the European Union are expected to be affected by AMD. The expected increase in the aging population suffering from age-related eye diseases will drive the ophthalmology drugs market.

The global ophthalmology drugs market is expected to grow from around $40,242 million in 2019 to nearly $51,523 million in 2022 at a compound annual growth rate (CAGR) of 8.6%. With the growing geriatric population, the prevalence of eye-related disorders also increases. 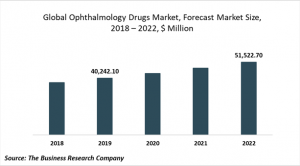 Increasing incidence and prevalence of eye diseases causing vision loss or blindness, and age-related eye diseases will support the growth of the ophthalmic drugs market. Eye disorders such as age-related macular degeneration (AMD), glaucoma, diabetic retinopathy, and cataract are becoming major causes of visual impairment and blindness. Globally, AMD ranks as the third cause of blindness after cataract and glaucoma. It is estimated that AMD, on average, affects an estimated 34 million people in the European Union (EU), with 22 million people in the five most populous European countries alone. It is expected that there will be a 25% rise in AMD patient population by 2050, owing to the population growth and aging. By 2050, an estimated 7.32 million people in the USA are expected to have primary open angle glaucoma (POAG), a rise from 3.15 million in 2015. There has also been a rise in diabetic retinopathy, largely due to the spike in diabetes across the world. It is estimated that more than 25% of diabetic patients are expected to have diabetic retinopathy going forward. The increasing incidence and prevalence of eye-related disorders is expected to drive the ophthalmology drugs market.