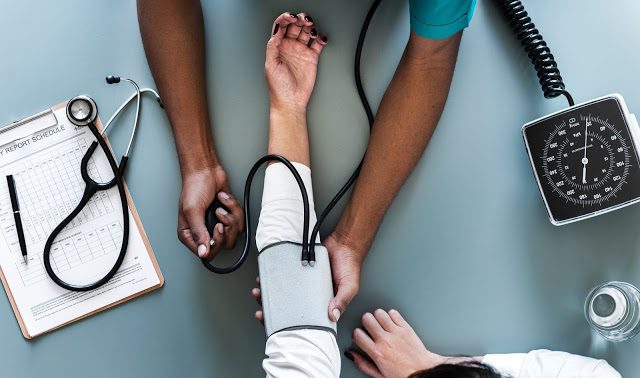 The global medical sensors market is fragmented, with the top ten players constituting about 35% of the total market share in 2018. Major players in the market such as NXP Semiconductors N.V., STMicroelectronics N.V., Medtronic Plc, and Honeywell International, Inc. are focusing on expanding their product portfolios through new product developments, launches, and approvals. 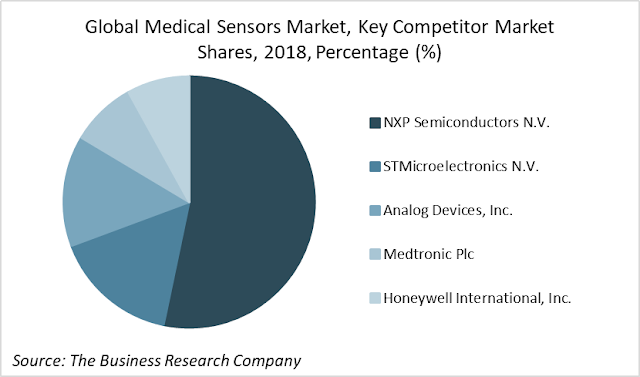 NXP Semiconductors N.V. (formally KASLION Acquisition B.V.) was the largest competitor in the medical sensors market. NXP Semiconductors is a semiconductor manufacturing company based in Eindhoven, Netherlands. Its growth strategy is focused on developing new products and applying new technologies to their sensor-based systems. For instance, in 2017, the company funded $1.2 billion for its research and development programs.

Another major player in the global medical sensors market, STMicroelectronics, aims at increasing its product offerings by developing new medical sensors. In September 2015, the company launched MIS2DH, a low-power 3-axis accelerometer. The new sensor is used for monitoring and posture sensing activities in the range of medical applications, including implantable devices. Again, Medtronic Plc, which is a medical technology, services and solutions company that serves hospitals, physicians, clinicians and patients in approximately 160 countries worldwide, aims to strengthen its footprint in the medical sensors market through product launches and approvals. For instance, in February 2018, the company received the FDA approval for the new Guardian(TM) Sensor 3. The continuous glucose monitor (CGM) controls automated insulin delivery via a hybrid closed loop system. Honeywell International has also adopted a similar strategy which aims at expanding its product portfolio through new product developments. For instance, in October 2016, the company introduced a new TruStabilityTM board mount pressure sensor. The new series of pressure sensors measure airflow, which is ideal for use in medical devices.

Other strategies being adopted by medical sensor manufacturers companies include investing in sensors for wearable devices to capitalize on their increasing popularity, use of 3D printing technology to reduce manufacturing costs and increase production efficiencies, collaborations with other organizations in the market to accelerate research and development programs, and investing in sensors for MBAN (medical body area network) devices to benefit from their increasing popularity. Analog Devices, Inc., which was among the top players in medical sensors market, aims at expanding its business through partnerships and collaborations. For instance, in 2016, the company formed a partnership with LifeQ for the development of smart wearable sensors for monitoring physiological parameters such as heart rate, sleep phases, sleep quality, and blood lactate of a human being. Analog Devices designs, manufactures and markets analog, mixed signal, and digital signal processing (DSP) integrated circuits.