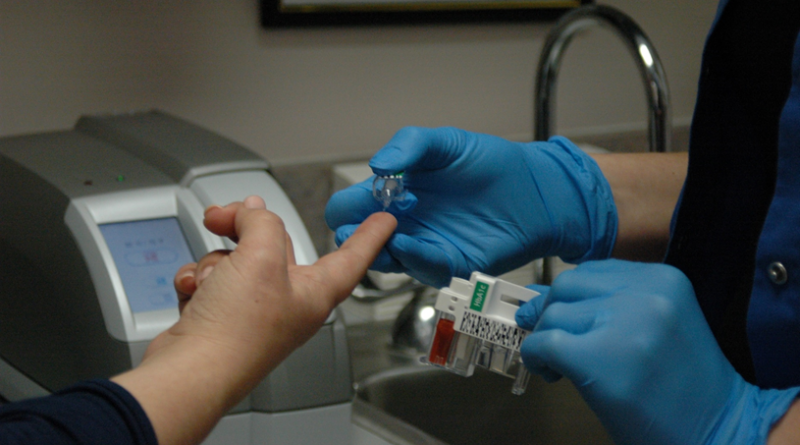 Currently, due to Coronavirus disease (COVID-19) pandemic, increasing use of HbA1C testing is driving the growth of the point of care (POC) hemoglobin (Hb) A1C testing market. Diabetic patients are considered to be at high risk of suffering from the COVID-19 complications. According to the World Health Organization (WHO), the most at-risk populations from corona virus are older people and individuals with pre-existing medical conditions such as high blood pressure, diabetes, heart disease, lung disease, and cancer. According to the American Diabetes Association, in China, where the most cases occurred so far, people with diabetes had much higher rates of serious complications and death than people without diabetes. Therefore, POC HbA1C testing of diabetic patients is necessary due to COVID-19, so that they can seek to maintain and manage their condition at home, whilst limiting their potential exposure to the virus. This factor will significantly drive the POC HbA1C testing market’s growth.

The global POC HbA1C testing market is expected to grow from $483.8 million in 2019 to $658.6 million in 2023 at a compound annual growth rate (CAGR) of 8%. Increasing number of diabetic patients leading sedentary lifestyles will further drive the market in the forecast period. 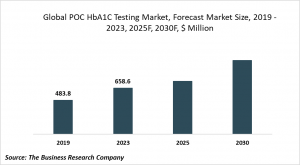 A rise in population having diabetes drives the POC hemoglobin (Hb) A1C testing market. The hemoglobin A1C test is used to screen, diagnose, and monitor diabetes, and provide results within few minutes. The rise in diabetes is attributed to an unhealthy lifestyle, lack of physical activity, and the consumption of high-calorie food. For instance, according to the International Diabetes Federation, globally, in the year 2017-2018, approximately 425 million adults had diabetes in the year and this is expected to increase to 629 million by 2045. Moreover, according to World Health Organization (WHO), the number of diabetic people in developing countries is expected to increase to 228 million in 2025 from 84 million in 1995. This rise in the number of diabetic cases will increase the demand for the POC HbA1C testing.

Changing lifestyles are leading to an increased prevalence of diabetes- type II diabetes in particular- which in turn will further drive the market for POC HbA1C testing in the forecast period. Long working hours, less physical activity, and unhealthy eating and drinking habits are increasing the prevalence of diabetes. Urbanization is also expected to drive the market in the forecast period. Globally, the percentage of the population living in urban areas is expected to increase from 55% in 2018 and reach 68% by 2050. Changing lifestyles, coupled with the growth in the urban population and the rise in disposable incomes and affordability among residents of cities will drive the demand for POC HbA1C testing. 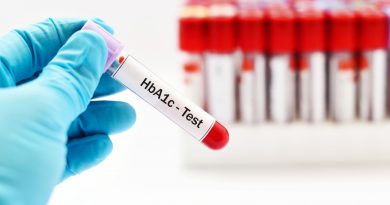