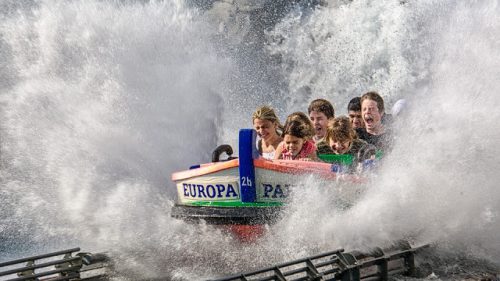 China Sports Lottery was the largest competitor in the amusements market with 8.3% of the total share in 2018, followed by China Welfare Lottery with 6.5%. Both these organizations are operated by the Chinese government. China Sports Lottery is involved in offering lottery games including super lotto, football lottery, lucky seven and others. A portion of funds collected from the sales of the tickets is used for the welfare of people and in the development of sports facilities and infrastructure. China Sports Lottery generated a revenue of CNY 286.9 billion ($42.4 billion) for the financial year 2018. 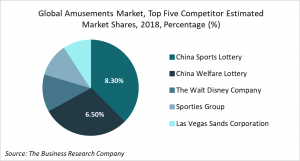 China Welfare Lottery’s growth strategy aims at generating welfare funds by introducing new lottery products. In February 2019, the organization introduced a new video ticket game for winning points and awarding gifts to the participants based on their points.

The competitive landscape of the global amusements market is relatively fragmented, with a large number of small players. The top ten competitors in the market made up to 29.17% of the total share in 2018. This can be attributed to the presence of local players across countries who offer gambling services according to local culture and preferences. Other major players in the amusements market include The Walt Disney Company, Sporties Group, Las Vegas Sands Corporation, Sociedad Estatal Loterías y Apuestas del Estado S.A., MGM Resorts International, Japan Takarakuji lottery, Galaxy Entertainment Group Limited, and Universal Parks & Resorts. 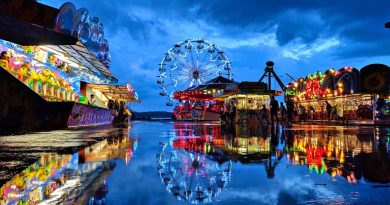