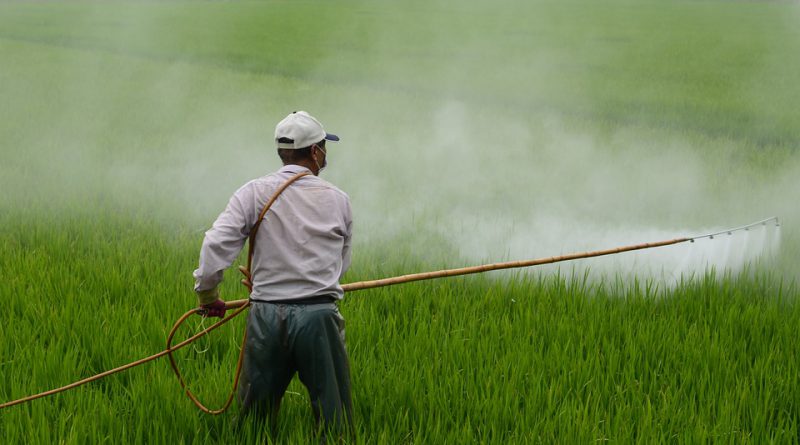 Pesticides are chemicals used to eliminate or control a variety of pests related to agriculture that can damage crops and livestock and reduce farm productivity. The UK was the smallest pesticides market by country in 2019, worth $0.91 billion. According to pesticide usage surveys (PUS) conducted by Fera Science Ltd (Fera), a UK-based provider for sustainable agriculture and plant protection research services, during 1990-2015, the overall pesticide treated area in the UK had doubled during the research period. This is explained by the increase of the total farmland in the UK, which doubled in size during 1990-2015. The same study also showed that the weight of pesticides applied in the UK has decreased by approximately 50% over the same period: in 1990, the weight of active substances applied was 34,500 tonnes compared to 17,800 tonnes in 2015. The decline in the weight of active substances is explained by changes in herbicide usage and a decreased reliance on older products applied at higher application rates (such as 2,4-D, mecoprop and isoproturon), and the introduction of sulfonyl-ureas such as metsulfuron-methyl and iodosulfuron-methyl-sodium, which are applied at significantly lower rates. 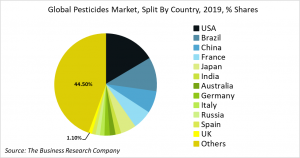 The UK’s pesticide market accounted for 1.1% of the total global pesticides market share in 2019. The UK’s pesticide market size by value is expected to grow at an annual rate of 5.6% between 2019 and 2023. The UK pesticides market by volume grew from 0.11 billion KG in 2015 to 0.12 billion KG in 2019 at an annual growth rate of 1.8%. The market is supported by the presence of an advanced and matured agriculture industry. High expenditure on agriculture inputs including agrochemicals and high crop production support the demand for pesticides. The UK is also a major exporter of food grains. Pesticides are an integral part of the UK’s agriculture sector. Government support for food safety also supports the consumption of agrochemicals in the country. 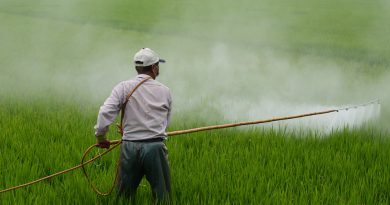