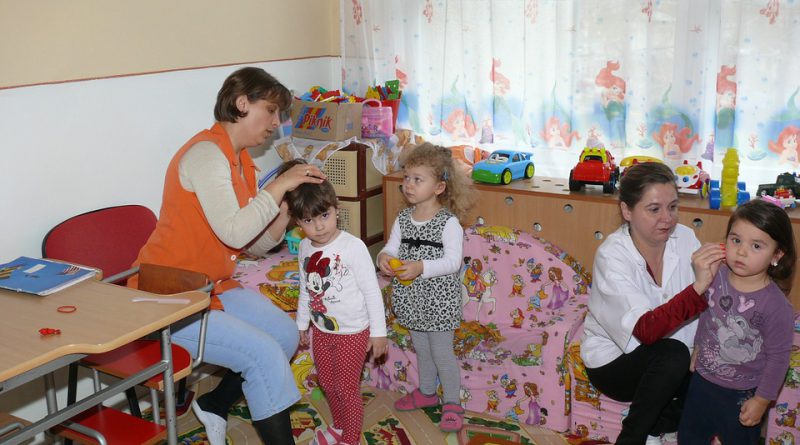 Child care involves the care provided for infants and toddlers, preschoolers, and school-aged children by the government or an organization, while the parents are at work or are absent for other reasons. The global child care market is expected to grow from $376 billion in 2019 to around $520 billion in 2022 at an annual growth rate of more than 11%. An expected increase in the women employment rate in the forecast period is expected to drive the market for child care. The share of women in the labor force in the USA, for instance, is expected to increase from 46.8% in 2014 to 47.2% in 2024. An increase in the numbers of families where both parents are employed and a steady change in gender roles occurred in the historic period, which significantly contributed to the child care market’s growth historically. For instance, the proportion of families with both parents working in the USA increased from 46% in 2015 to 61.9% in 2017. Improved incomes and the illegality and stress burden of leaving children at home alone led working parents to enroll their children at child care centers, or provide other forms of child care. 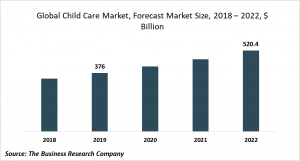 Government funded child care in under-developed and developing nations encourages parents to enroll their children in governmentally subsidized child care centers. Governments and regulatory authorities tend to prioritize the young population and allocate funds towards financing childcare for low-income families to ensure that the child populations in lower segments of the population have an improved life. As an example, the government of India in December 2013 introduced ‘Child Care – Rajiv Gandhi National Crèche Scheme’ that provided subsidized child care for children (aged between 0-6 years) of working women with incomes less than INR 12,000 ($166.97) a month, encouraging women to work and sustain their families. Similarly, in Australia, the government in July 2018 replaced the country’s Child Care Benefit (CCB) and Child Care Rebate (CCR) with a single, means-tested subsidy, the Child Care Subsidy program, to encourage Australian parents with low household incomes to send their children to child day care centers. According to the program, the subsidy is paid directly to child care providers to be passed on to families. The amount of the subsidy depends on the monthly household income of the family.