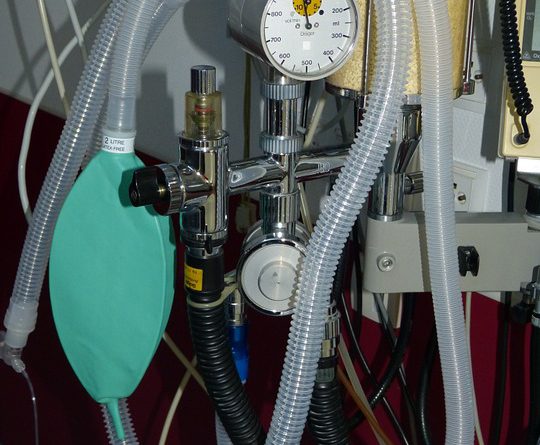 The global anesthesia and respiratory devices market was estimated at $21.2 billion in 2019, and is expected to grow to $22.9 billion in 2022 at an annual growth rate of 2.61%. There are many factors contributing to the growth of the market, especially the respiratory devices market. The increasing use of tobacco smoking leading to tobacco related respiratory diseases is one such example. Tobacco epidemic is a major public health issue globally and nearly 7 million people die of tobacco related diseases. Tobacco smoking leads to various chronic respiratory conditions such as chronic obstructive pulmonary disease (COPD), which is a disease that mainly requires the use of respiratory devices. 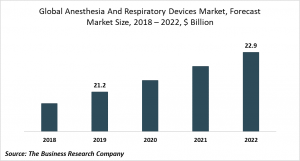 A significant portion of the world’s population are unaware of their respiratory diseases, and so remain undiagnosed. A survey conducted by the Asian Pacific Society of Respirology in February 2013 stated that 21.6% of the hospitalized lung patients surveyed suffer from COPD. COPD is one of many undiagnosed and undetected conditions suffered by unsuspecting patients of other respiratory diseases.

The changes in the climatic conditions are affecting the quality of air and water globally. The particulate matter in the air has changed with particulate matter smaller than 2.5 µm suspended in the air. Inhalation of the particulate matter leads to increased incidence of various chronic conditions such as asthma, COPD and other respiratory diseases. Declining quality of water also affects the health of millions of people globally. The drastic alteration of global climate will increase the proportion of individuals suffering from various chronic respiratory ailments, leading to a growth in the demand for respiratory devices.

The anesthesia devices market will benefit from the various technological improvements that are being carried out to increase the efficacy of medical devices along with patient satisfaction. In the case of anesthesia devices, advances such as minimalizing anesthetic gas waste, absorption of carbon dioxide using lithium-based absorber, and wearable devices (such as Medtronic Zephyr-LIFE System) will drive the market going forward. 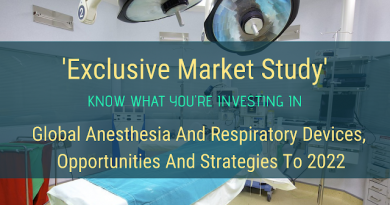 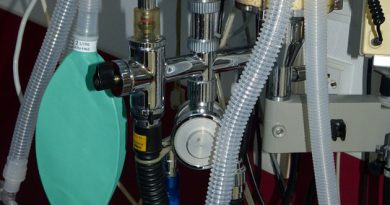 Smart Inhalers And Wearables For Patients Suffering From Respiratory Diseases