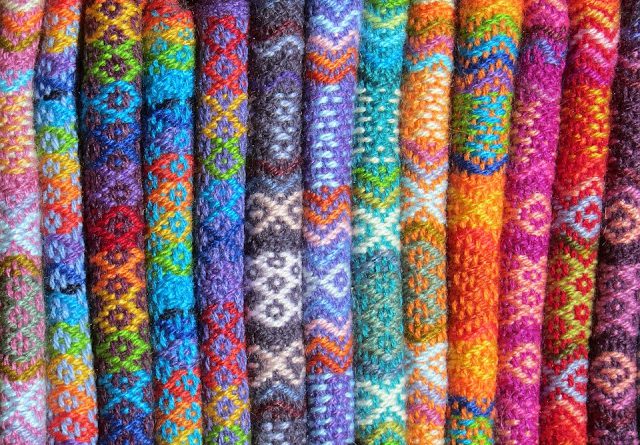 Asia Pacific was the largest region in the global knitted fabrics market, worth $43.3 billion or 77.6% of the market in 2018. This can be attributed to the presence of large apparel manufacturing and home textiles industries in countries such as China, India, Japan and Bangladesh. The presence of large populations in countries such as China, India and Indonesia support the high consumption of knitted fabrics products in the Asia-Pacific region. 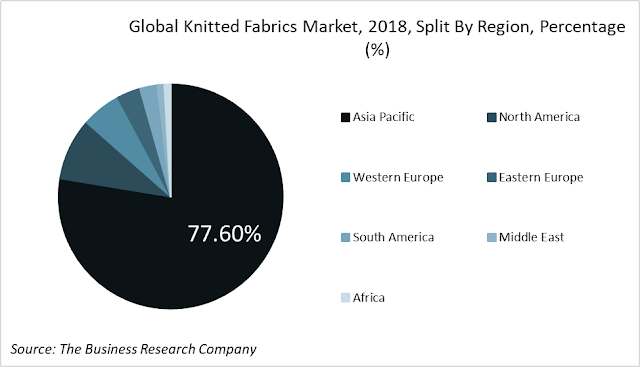 A study was conducted by Textile Today, in 2017, in Bangladesh, in regards to the knitting market. According to the study, Bangladesh is one of the global market leaders in terms of knitting capacities, especially in cotton-based knitwear and sweaters. This is due to the demand for knitwear and rapid evolution of hand-knitting, basic machine and automatic hand knitting in the country. In addition, between 2016-2017, the knitwear export in Bangladesh increased by over 3%, although the country’s overall apparel export was at an all-time low. According to the study, Bangladesh’s knitwear manufacturing companies are self-sufficiently catering to more than 90% of the demand of its knit fabric.

Companies in the textile industry are shifting their operations to emerging countries such as India, Vietnam and Bangladesh due to the availability of cheap labor in these countries. In 2016, around 4 million people in Bangladesh were employed in the garment industry for domestic and international companies, which accounted for around 80% of the country’s foreign trade. As of 2018, around 2 million workers were employed in the Vietnamese garment industry that caters to the global garment demand.  As of 2017, Adidas AG, a sportswear manufacturer, outsourced 90% of its production to Asia to capitalize on the availability of cheap labor in the region.

The knitted fabrics market is benefitting from technological advances such as 3D printing, Internet of Things (IoT) and automation. These technologies are boosting the productivity, lowering operational costs and increasing profit margins of knitted fabrics manufacturers. According to a 2017 report by the Bangladesh Institute of Labour Studies, automation in knitting factories has significantly reduced operational costs for companies in the industry. In Sinha Knitting Ltd, a Bangladesh-based textile manufacturing factory, the expected adoption of full automation in the production processes will increase the production capacity of the factory from 24 tonnes of finer knitted quality fabric per day to 30 tonnes, a 25% increase. Adoption of technological advances in the knitted fabrics industry increases the efficiencies of production processes and positively impacts profit margins of knitted fabrics manufacturers.

The Business Research Company has published over 300 industry reports, covering over 2400 market segments and 56 geographies. The reports draw on 150,000 datasets, extensive secondary research, and exclusive insights from interviews with industry leaders.

Use Of IoT And 3D Knitting In The Knitted Fabrics Industry